a specialized and effective infantry weapon, to be used during a fight amoung pike-squares in the 16th and 17th Century 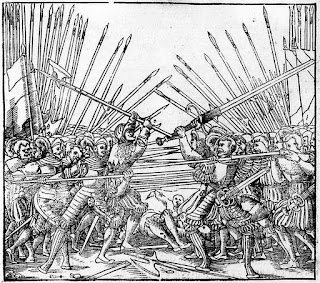 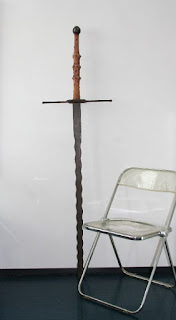 Flammard swords were developed during the European Renaissance (1500-1600), most being one-handed weapons. They were lightweight rapiers that could be carried around at all times by normal infantrymen and bodyguards. At the same time, however, some double-handed flammards were also built. These much-larger versions, with their undulating blades, were terrifying, capable of killing several opponents with one mighty swing. Only specially trained, extra-strong soldiers could wield a double-handed flammard – and they were usually mercenaries who asked for double the money for their extra power. These soldiers were called Landesknechte or Doppelsoldners 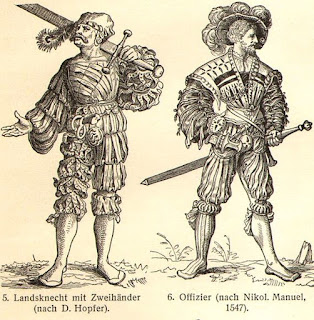 This sword is made of a very high quality iron and has a forgers - black smith's - makers mark, partial indistinct, but the first letter is an N and the last letter an M, and is believed to be of German origin and made before, at least, 1750 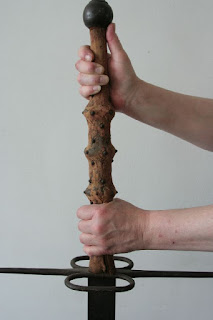 provenance: found by Mr. C. Stahlecker and Mr. M. Eerland in 1940 under a wooden floor of a demolished house in The Hague, The Netherlands, after bombardements in May 1940, known as De Slag om Den Haag or De Slag om de Residentie - The Battle for The Hague, a few months later the German occupier claimed all metal, including iron. Stahlecker and Eerland hid the sword again. After Worldwar II they retrieved it and it was kept in the Eerland family since. 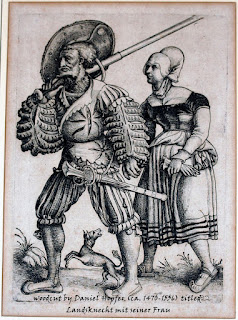